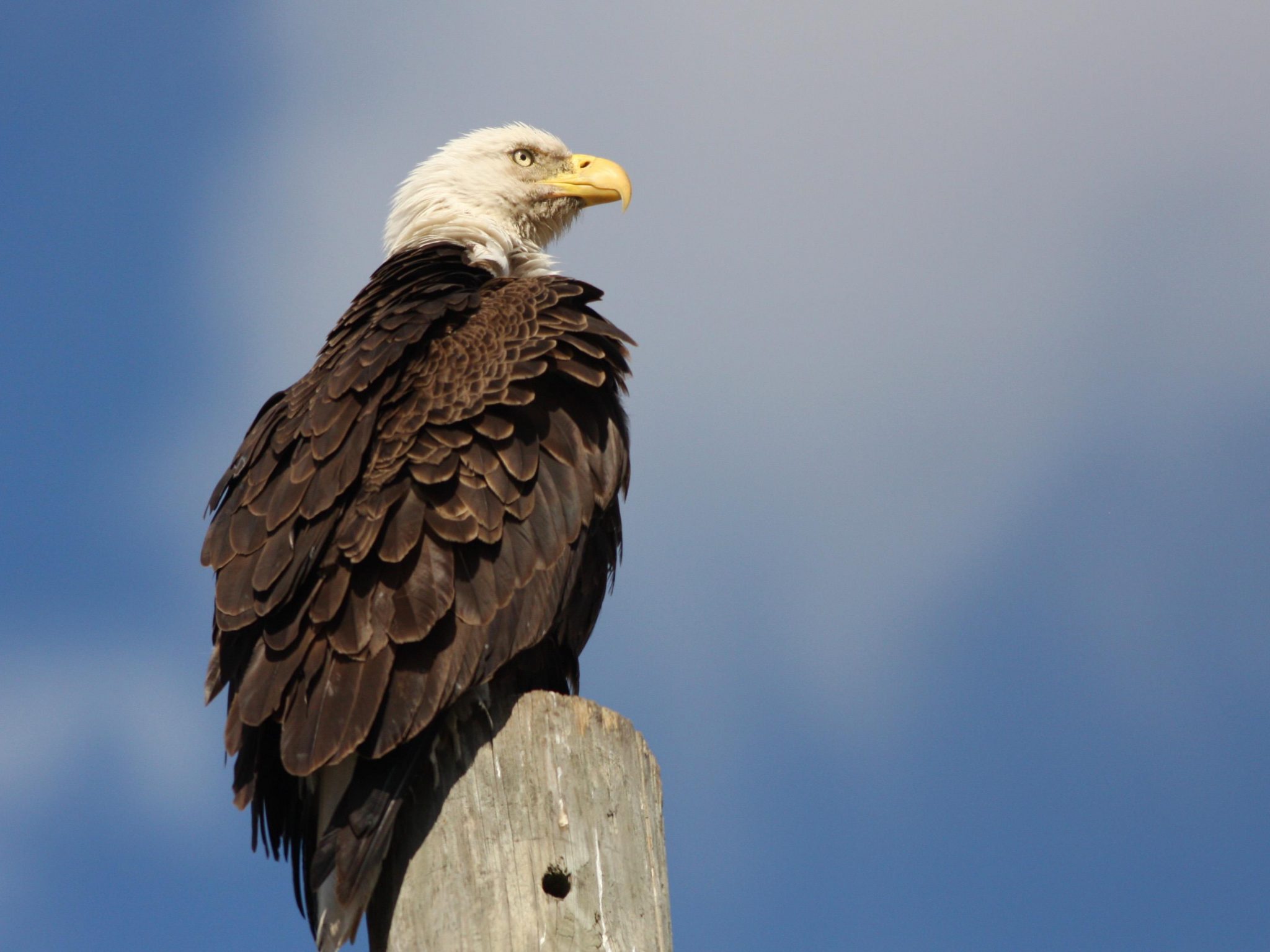 On December 16, 92 observers sponsored by Columbus Audubon spent the day counting birds in different areas of Columbus. The weather was mild for the date, and free of rain or snow. The lack of any significant pre-count freezes allowed many birds to linger, and let observers roll up totals of 89 species and 33,125 individual birds.

In a repeat of 2011, we had moderate weather, without any extreme temperatures, rain or snow. But as good a day as it was for weather, the birds were very dispersed. Most teams commented on how dull it was for long stretches of the day. Those dull-stretches, however, were punctuated by some surprising finds. The most surprising was a trio of late migrants stranded in a tiny patch of restored habitat on the OSU campus: an Ovenbird, Common Yellowthroat, and Lincoln’s Sparrow. Found by Paul Hurtado and several other observers back in October, these birds were monitored right up through Count Week. Though highly unusual, none of the 3 are unprecedented. Columbus has an old record of Lincoln’s Sparrow, and nearby counts have had the other 2 on several occasions.

On the west side of the circle, Jim McCormac & Bernie Master patrolled the Greenlawn cemetery and nearby quarries, pulling out 1 Snow Goose, 6 Bufflehead, 1 Merlin, 4 Sapsuckers, a Chipping Sparrow, and 5 White-winged Crossbills, as part of a huge list. Paul Hurtado led the Scioto-Berliner team along the river, finding 4 Bald Eagles, 1 N.Pintail, another Merlin, and 2 Rusty Blackbirds. The team patrolling the downtown riverfront and parts of Bexley and Alum Creek, discovered 2 Wood Ducks, 1 sapsucker, and 6 Mockingbirds among other species in this most urban of areas (Deering, Benner, and Mock); Black-cr. Night Herons were also lurking in this area. Bob Royse scoured the Hidden Lakes – Marble Cliff area, ferreting out 140 Ring-necked Ducks, 16 Brown Creepers, 2 Hermit Thrushes, and a late Ruby-cr.Kinglet. Grandview Heights’ lush yards and ponds hid 2 Wood Ducks, 12 Lesser Scaup, and 2 Red-breasted nuthatches among others (Doug & Deena Snapp, the Hills, the Dodsons). The OSU east campus had 2 Great Horned Owls, 5 Red-tailed Hawks, 10 E.Bluebirds, and 4 White-crowned Sparrows (Dave Slager et al.). The Whetstone-OSU Groups snagged the 3 rarities mentioned at the top, but also had time to nab a Peregrine Falcon, 5 Red-br.Nuthatches, 52 Cedar Waxwings, and 31 Redwinged Blackbirds, among a big list (D.Burton et al.). Elayna Grody dashed around Beechwold to discover a Red-shouldered hawk and Hermit Thrush among others. So, you can see that it was a surprisingly good day for most teams.

As always, I try to extrapolate from our count to the rest of the winter, for good or bad, by summarizing what species or groups had a good count versus those that were not so good. Or, who’s hot and who’s not.

Cormorants – several groups had flocks of them, and several nearby counts also registered them. These fish-eaters are learning tricks to survive our winters, which is impressive for a bird that needs to dry off after swimming. Could you take a dip, then spread you arms into a 30° F wind?

Dabbling Ducks – sure, we’ve got plenty of Mallards & Black Ducks, but we also keep getting a few Gadwall, Teal, and Pintail, among others. All of our different man-made wetlands – quarries, settling ponds, retention pools – seem to be holding them around regularly.

Bald Eagles – what can you say about these big predators that hasn’t already been said? How about a nod to their adaptability. They now nest within sight of downtown, and regularly patrol our rivers & reservoirs. All we had to do was stop shooting at them.

Woodpeckers – large numbers of most species, but special nods to Downies, Flickers, and Pileateds. Downies seem to be the main beneficiary of the Emerald Ash-borer plague. I’m less sure about why Flickers are up; perhaps they’re just wintering further north since large numbers migrate through central Ohio.

Brown Creepers – these unassuming little birds were up again this year, proving that you didn’t need to be big and showy to have a good CBC. Clearly they like the extensive amount of riparian forest that has been preserved in Columbus greenbelts and MetroParks.

Wintering Warblers – when could we ever say that we had 3 warbler species on our CBC? Yellow-rumps were always around, but Yellowthroat? Ovenbird!? Actually, past records show that we always have a few stray warblers, like Redstarts, Pines, and Orange-crowns. Thanks to Paul Hurtado, we now have a recipe for searching for these little guys: check out all the small urban pocket parks in late Fall

Sparrows – when you get 12 species of sparrows and you have as little field habitat as we do, something is up. Aside from E.Towhees, none of the species was in large numbers. But the cumulative impression, especially on a warm-ish day with no snow cover, was that sparrows were widespread. Rarer migrants, like Chipping, Savannah, and Lincoln’s, lingered in the mild weather.

Winter Finches – not a bad year, when you can get Purple Finches, Siskins, and White-winged Crossbills. This is a major invasion year for most winter finches, so we weren’t that surprised. Now, if we could only find some way to attract Evening Grosbeaks…….

Mute Swans – arguably the most conspicuous birds in Columbus, these white behemoths went strangely absent on the CBC. They were still around – we had 6-8 during Count Week – but they were elusive on Count Day.

Wild Turkeys – funny how we’re getting spoikled by that big flock at Blendon Woods. When they only see a few, it seems crushing. Despite this, there are other teams in the northeast portion of the circle that can find them. This year, 1 was found at Mock Park.

Tufted Titmice – while most other small birds seemed on the rise, titmice actually declined. Several teams reported them in the single digits. We’re not sure what this scarcity forebodes, but it can’t be good.

Larks, Meadow & Horned – these 2 classic open-country birds are poorly represented now in our circle. Horned Larks occasionally are driven into Columbus by snowy weather, but are otherwise very difficult to find here. Meadowlarks enjoyed a heyday in the 1970s&80s, but have become very rare since then. Possibly getting access to the Airport would help locate more of these birds.

White-throated Sparrows – this open country sparrow is quickly slipping into extinction in our count circle. Sure, you can find them at Pick Ponds & Darby Plains outside the circle, but they’re becoming a hard find anywhere close to Columbus. It’s all the more perplexing because most other sparrows are doing fine.

Field Blackbirds – We’re always flirting with disaster with these birds. This year, grackles were easy to find, but Redwings were found by only 1 team, and Cowbirds went missing entirely. Unless we can set up a grain silo somewhere in Columbus, our chances for these birds always look to be uncertain.