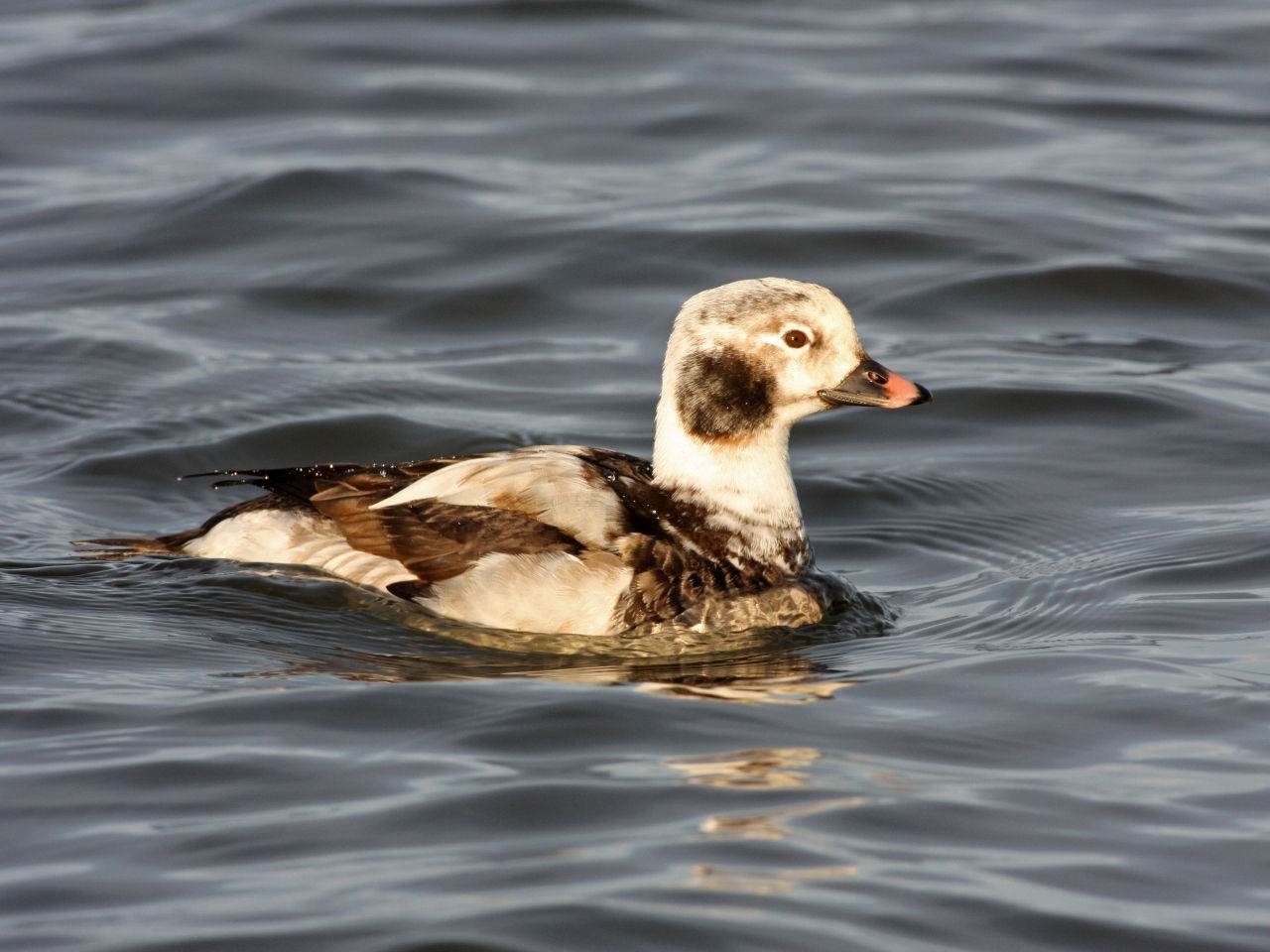 It’s late November. The leaves are (mostly) down. Fall migration is (mostly) done. Do you pack up your binoculars or book that ticket to Texas? Wait; there’s still plenty of life, and birding, in Ohio. Here’s a shortened list of several things to keep you birding into the cold months.

1.  Waterbirds.  As our winters have warmed, and we’ve built more wetlands, lots of waterfowl and other water birds now regularly winter here. Many puddle ducks — like Northern Pintail, American Wigeon, Northern Shovelers, and Gadwall – are most easily seen at this season, especially after hunting ends in December. If the winter is mild, flocks of them can be found around wetlands or reservoirs deep into January. Other diving ducks – think Redhead, Lesser Scaup, Bufflehead, Common Goldeneye –often don’t show up until well into winter. They tend to favor rivers and areas that stay unfrozen – we look for them in open areas of the Scioto, Muskingum, and Ohio Rivers. Some areas, like the Scioto River from Griggs Dam down to Marble Cliff, or the Ohio River around Portsmouth and Marietta, are quite reliable for them.

Certain waterbirds seem to only migrate at the very beginning of winter now – think of Tundra Swans and Sandhill Cranes, which often don’t migrate until December.  When they migrate, their large noisy flocks can be heard and seen overhead almost anywhere;  we’ve had flocks flying over urban Columbus! Also, gulls usually mass in certain areas in the winter, like on Hoover or Alum Creek Reservoir or at the SWACO landfill, which makes finding rarities much easier. Great Black-backed, Lesser Black-backed, and Glaucous Gulls have been the most regular rarities in recent years, and a few always seem to be with a big flock feeding at the landfill or roosting on Alum Creek Lake.

2. Late migrants.  As incredible as it may seem, some individual birds of normally-migrant species linger well into winter here, especially if the weather has been moderate or wild fruit crops particularly good. The local Christmas Bird Counts almost make a game out of searching for these late ‘migrants’. Some birds, like Phoebes, Brown Thrashers, Ruby-crowned Kinglets, and Chipping Sparrows, appear to be at the northern limits of their winter range. They may be less ‘migrants’ and more ‘winter pioneers’, and we should expect to find more of them as the climate warms. Others, like certain warblers (Yellowthroats, Pines, Palms, Redstarts, Orange-crowns) , Gray Catbirds, House Wrens, or Scarlet Tanagers, just seem to always have lingerers. They seem to be best found in urban areas, where the temperature is a bit milder and the predators a bit scarcer. Sometimes, they show up at feeders during very cold spells, or they can be found in very urban parks, like Greenlawn Cemetery, the State Capital, or Mirror Lake on the OSU campus.

3. Winter Strays.  Some birds just don’t seem to be fazed by winter’s cold; they migrate into the area on unpredictable schedules, often driven by food concerns rather than temperature. Many of the deep-water ducks like Goldeneye and scoters fit this pattern. They only show up here when most of the northern Ohio lakes and Lake Erie have almost completely frozen over. Alum Creek Lake and Buckeye Lake have been very good spots for them, as are open stretches along the Scioto and Ohio Rivers.

Among landbirds, the winter finches are famous for this irregular behavior. Purple Finches, Pine Siskins, Evening Grosbeaks, Red Crossbills – all are so-called ‘winter irruptives’, which show up in flocks some years but not in others, driven by scarcity of their preferred food seed crops. Since most of them like conifer seeds and birch seeds, clusters of these trees seem to be magnets for them. Greenlawn Cemetery is one of our best spots for conifer-loving birds, while birch-loving Pine Siskins often show up at Sharon Woods and Minerva Park, where European birches have infested Shrock Lake and Minerva Lake.

Finches aren’t the only winter strays.  Other, less conspicuous birds fit this pattern, too. Tree Sparrows show up in numbers some years, but not others. They’re classic birds to see at feeders in the MetroParks; also look for them around field edges. Swamp Sparrows also seem to follow this pattern, but are less likely to be at feeders. Large numbers, if they’re around, can be found in wetland areas around Pickerington Ponds or Battelle Darby MetroPark. Golden-crowned Kinglets, those improbable mites of winter, are another unpredictable winter bird. Some winters they’re everywhere, other winters, they’re quite hard to find. Look for them in large conifer groves, like in the Hocking Hills or Walnut Woods MetroPark.

4. Owls.  Many of them, like Great Horned, Barred, and Screech, are always with us. The winter season just makes it easier to see them in the leafless woods. It also helps that most of them are more territorial in the winter; Great Horneds even start nesting in January. Barred Owls are resident in most of our forest MetroParks, and the birds in Blendon Woods and Blacklick Woods are sought by many birders. Sometimes the rangers and naturalists at these two parks know spots where the birds have recently been reported. Screech owls may be one of the most overlooked birds in Columbus, with small populations along most of our rivercourses and wooded ravines. However, seeing them is difficult, and your best bet is hearing their ghostly whinny call from February to April.

Others, like Short-eared Owls, Saw-whet Owls, and Snowy Owls are winter specialties.  For Short-eared Owls, open wetlands seem to be their key habitat, and Big Island, Killdeer Plains, Battelle Darby wetlands, or Pickerington Ponds seem to be the best places to find them. The Teal Trail at Battelle Darby has become very reliable for them in recent years, but you have to be out at dusk for your best chance to see them. Saw-whet Owls are much more secretive. These little conifer-loving owls seem to like hemlock ravines or spruce copses, and are best found by knowing an active roost site. Sadly, formerly-reliable roosts at Killdeer Plains and Walnut Woods have become unreliable spots to find these owls; human disturbance has spooked them to other, more secluded sites. Snowy Owls are rare south of Lake Erie, but in some years we can get several. Usually they favor remote, open farm fields or airport runways. Perhaps these open spaces remind them of their tundra home.

So you really don’t need to hide away the entire winter.  We’ve mentioned only some of the winter specialties you can see. There are plenty of others. Put on your new warm winter coat, grab your thermos and binoculars, and head out on an Audubon field trip, a Christmas Count, or on your own. It may take a bit more effort, but interesting birds will still be there.